What is CBD – Cannabidiol

What is CBD – Cannabidiol 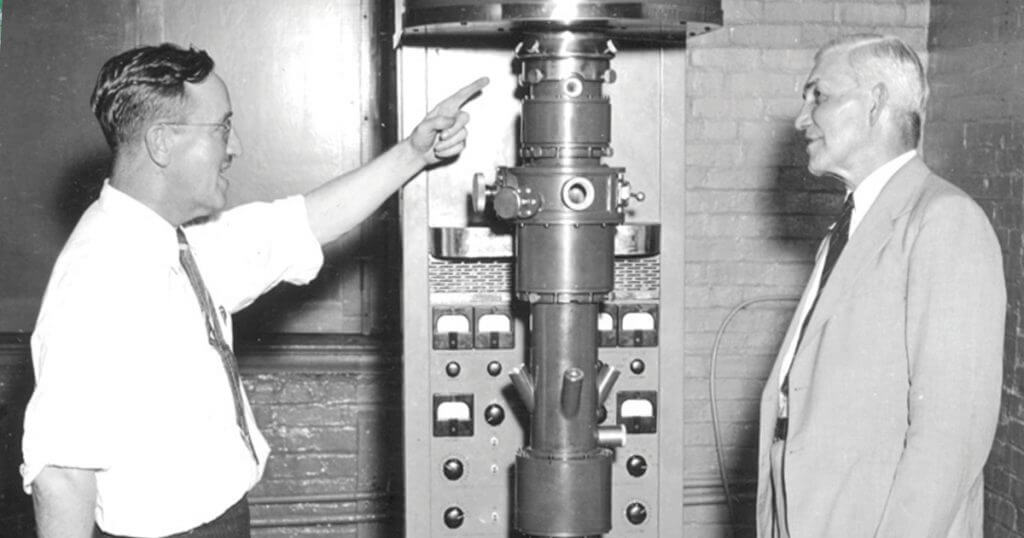 DISCOVER THE BENEFITS OF CBD
1939 – Roger Adams Isolates CBD in his Marijuana Research Project
For thousands of years, knowledge of the cannabis plant has been passed through tradition, but it was not until 1939 that American Chemist Roger Adams embarked on a marijuana research project, where he first isolated the cannabidiol molecule (CBD) from the rest of the cannabis plant.
Picture: American Chemist Roger Adams (left) and the first CBD isolation facility in 1942.
When CBD was first detected and isolated in the lab, scientists assumed that cannabidiol had little (if any) effect on the human body. During those years, the prohibition of hemp growth for industry and the outlawing of marijuana in the United States, absurdly made the psychoactive effect of cannabis more desirable for both research and consumption. Research during that period focused on the medical effects of THC. These were identified, isolated and synthesized in a laboratory at the Hebrew University of Jerusalem in 1964 by Professor Raphael Meshulam (considered a founding father of cannabis research) and Professor Yechiel Gaoni.

CBD stands for Cannabidiol – a plant compound found in abundance in hemp plants.
For generations, hemp has been used for health reasons, while there has recently been a resurgence in its use because of its natural therapeutic properties.
Hemp is a member of the Cannabaceae plant family and its botanical name is Cannabis Sativa. There are 167 natural plant compounds found in this species of cannabis and Cannabidiol is just one of them.
The main active ingredient in popular CBD products is Cannabidiol. Powerful natural extracts are extracted from hemp and used to create a range of products including oils, edibles, capsules and skincare products.
When CBD was identified in the 1940s, scientists thought it had little or noeffect on the body and focused their research on THC and its pharmacology. However, by the 1990s, a research team led by Professor Raphael Mechoulam (known as ‘the grandfather of cannabis research’) discovered what is now known as the endocannabinoid system (ECS Scientists believe that the compound cannabidiol can help maintain balance in the body, by interacting with the internal endocannabinoid system. This system helps control bodily functions such as appetite, immune response, mood, pain, and sleep patterns). 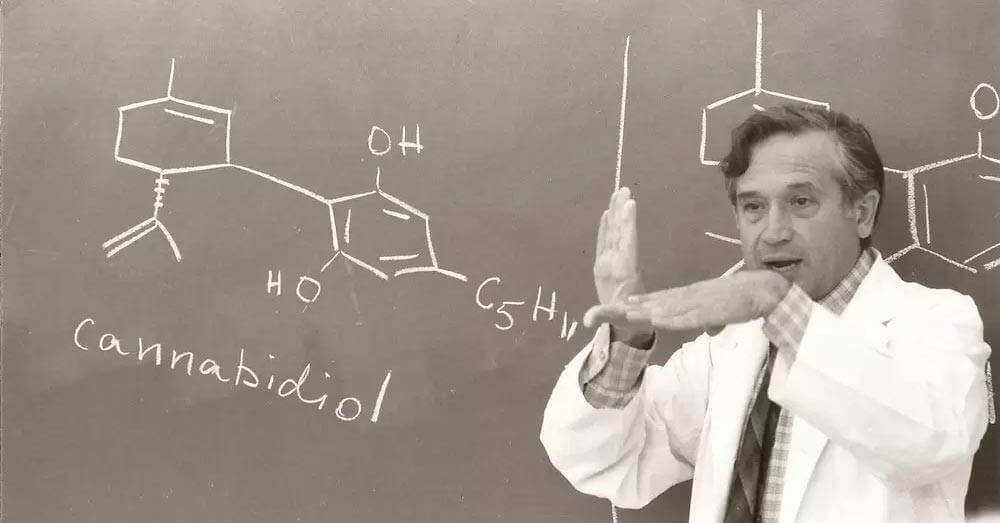 Picture: Professor Raphael Meshulam, one of the founding fathers of cannabis research, for the first time explains to his students about the properties of cannabidiol in the mid-1960s.

50 years later, in the 1990s, a research team led by Professor Meshulam discovered the presence of the endocannabinoid system (ECS) in the human body, made up of ligands (which are agonists and antagonists), and this discovery led to a big change.

Used in traditional medicine for thousands of years

The cannabis plant CANNABIS SATIVA L, consumed by smoking or eating, has been used in traditional medicine for thousands of years on various continents to relieve pain, specifically during childbirth and to treat common digestive diseases.
The main reasons for using the cannabis plant were pain relief and prevention of nausea, vomiting, heartburn and loss of appetite.
Recently, it has been found that the general mood of the patients has improved with the use of cannabis and it gives patients control over the intensity of disease symptoms in different parts of their digestive system.
It has also been found that continuous use of the cannabis plant lessens abdominal pain, prevents diarrhea, heartburn, nausea and vomiting, eliminates microorganisms and intestinal parasites and consequently improves patients’ quality of life. The side effects of cannabis are mild and tolerable compared to the severe side effects caused by the conventional synthetic drugs.

To date, 165 different phytocannabinoids (phyto = plant) have been found in the cannabis plant which are rare terpenophenols in nature, about two hundred terpenes and terpenoids, several dozen flavonoids and hundreds of other substances, most of which have not yet been studied.

Phytocannabinoids are hydrophobic and therefore oil-soluble and extracted from polar solvents. Of the 165 phytocannabinoids, three of the plant’s most common have been studied to date:

Because the main psychoactive component of the plant (THC) has strong psychological effects on a person, such as: Euphoria, change in sensory perception, decline in motor function, and short-term memory impairment, in recent years, science and research has focused on non-intoxicating cannabidiol and its role in the endocannabinoid system of the human body.

The Mechanism of Action of the Cannabinoids

The endogenous cannabinoid system in the human body is made up of Ligands, Anandamide and 2AG, and includes their receptors, the enzymes that decompose them, and the carrier proteins that transfer them into the cell. To date, two cannabinoid receptors have been identified; the first is CB1 found in the brain and central nervous system and the second is CB2 found in the immune and peripheral cells.

The Unique Mechanism of Action of the Phytocannabinoids

The endocannabinoid system is a neural communication system that exists in various animals, including mammals, and connects chemicals (cannabinoids) which are naturally secreted in the body, and receptors, found mainly in the nervous system and the immune system. In order to understand the uniqueness of cannabidiol, one must first understand which cannabinoids exist:

The endocannabinoid system in the human body serves as a regulator, and its main function is to bring the body and mind into balance – homeostasis. This balance is what allows the body to work in the healthiest way possible. When a person consumes phytocannabinoids (from the cannabis plant) through inhaling the vapors or by eating, the endo-cannabinoid system in their body is “flooded” with “external” cannabinoids. Despite the obvious differences in their chemical structure, both the endo-cannabinoids (inside our bodies) and some of the phyto-cannabinoids (which come from the plant) – bind to the same receptors in our bodies. This is a rare phenomenon that does not yet have a comprehensive scientific explanation. The THC molecule binds with high affinity to the CB1 and CB2 receptors while CBD does not bind to them at all – and its mechanisms of action are distinct and unrelated to these receptors. 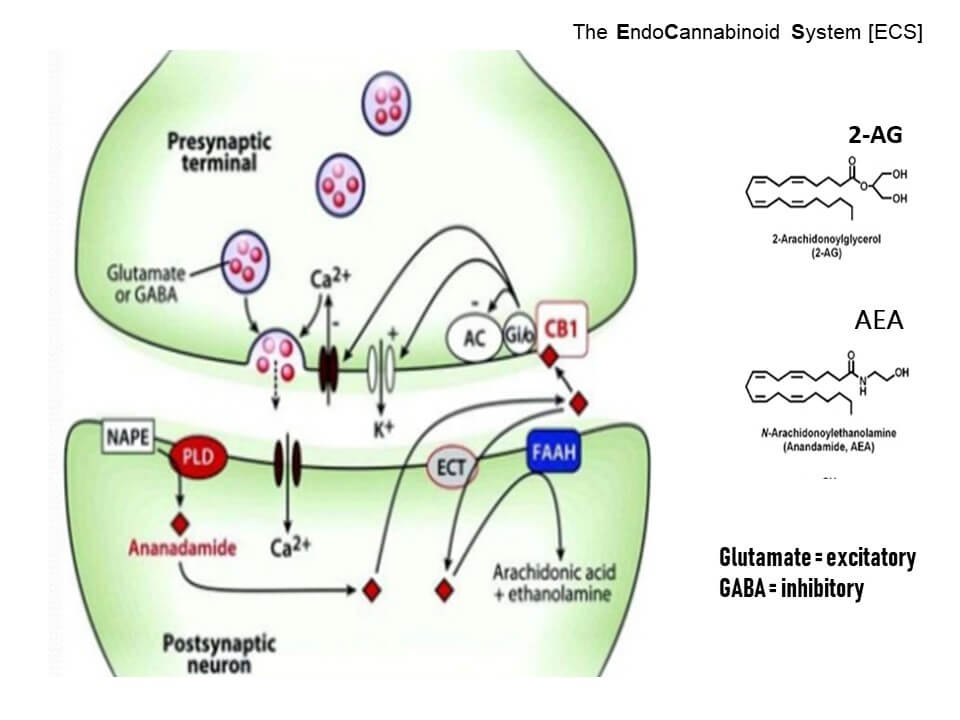 DISCOVER THE BENEFITS OF CBD OIL